He originally planned to build a 13-by-15-foot model capturing campus geography with 4000 contour lines and depicting buildings with crude, solidly painted blocks, but when administrators saw a sample section, they insisted that the buildings be authentic recreations, complete with windows capable of illumination from bulbs within them.

Pondering the plight of artists in a pickle -- a Van Gogh voluntarily crossing the bar after hundreds of paintings produce a single sale; a Gauguin expiring of syphilis in pagan poverty, his work rejected -- moistens the eyes of all sensitive mortals. Yet the tragedy of the popularly unrecognized but talented artist is the accepted common fate of the skilled craftsman, one of whom is Frank Meldau, who exercises his talent at IFG (International Fiberglass) on South Miami Boulevard between the Research Triangle Park and Durham.

The Cheshire Catamaran is simply put the fastest production catamaran in the world under 14ft. Makingit the fastest Formula 14 boat made. With and without a spinnaker the Cheshire has the lowest Portsmith rating( .77) of any Formula 14 specification boat. The Cheshire has centerboards to point upwind and a balanced helm for a wakeless flow through the water. With recent advances in single handed spinnaker the Cheshire's Portsmith rating will take a deep plunge this year. The Formula 14 class will need 40 years of trial and error to catch a Cheshire.

CFI installed a hand laminated fiberglass liner in four rooftop planters at the NC Legislature. The planters were leaking and needed a major refit. The fiberglass was applied and then sealed with a special roofing gelcoat. After passing all water tests, the planters were then refilled with dirt and trees, and opened to the public.

In 2014-2015, CFI has manufactured more architectural pieces such as the unit constructed decorative window unit used at Searstone in Cary, NC and many construction pieces such as soffits, rafter tails, window surrounds, and other exterior finishing pieces for buildings at Liberty University in Lynchburg, VA. 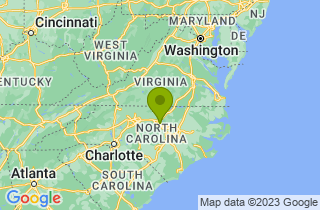