Carriers are easily loaded with a “lowerator” and travel on the process line through the washer and powder booths.

The amount of air circulated in the oven relative to the oven volume and the supply and return duct design rate are the primary determiners of the temperature regime in the oven. The time-temperature curve or “oven profile” is matched to the process. For example, liquid coatings should heat up slowly to allow solvents to escape before the coating “skins” over. However, powder suppliers generally ask for a temperature profile that abruptly rises then levels off at the maximum temperature before falling abruptly at the exit. The amounts of air and duct design also determine the temperature variation within the product envelope, how easy it is to change the profile and how energy-efficient the oven operates.

Spray application is the most common method of liquid painting and can be applied manually for low production or automatically with reciprocators or robots for high production rates. Several types of spray systems are available such as, “airless”, where paint is sprayed under high pressure without atomizing air or, “air spray” including air-assisted airless, high volume low pressure (HVLP) and conventional high pressure air spray. Typically, spray is the least transfer efficient application method and can range from 25% to 50% for non-electrostatic guns and 45% to 70% for electrostatic spray. Electrostatic application electrically charges the paint particles that are then attracted to a grounded, conductive part, usually metal. HERR works closely with your local preferred spray equipment supplier to provide up-front “buy-in” from a local source to insure continuing support for equipment adjustment and use as well as replacement parts.

Liquid coatings use liquid as the medium to deliver paint solids to the product surface. The liquid is then evaporated in the curing process resulting in an adhered paint film. In response to increased environmental concerns, paint suppliers have developed a wide variety of compliant coating chemistries including epoxies, alkyds, polyesters, acrylics, urethanes, and waterbase. The biggest advantages of liquid coatings is the ability to efficiently mix and match a wide variety of colors at your facility and then easily change colors during production runs. In addition, many varieties of liquid paint dry in ambient or low temperature heated air which permits temperature sensitive parts such as plastic or wood to be coated. 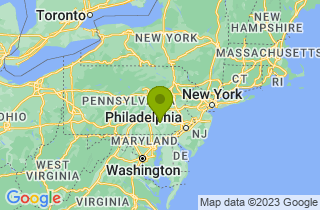