At this time, Aviation Metals became the source for those who were looking for standard as well as unique "hard to find" items while not willing to sacrifice quality service.

In 1981, Aviation Metals made a logistical change and opened up a second branch in Charlotte, North Carolina. The N.C. branch acted as the supply warehouse for many military bases throughout the southeast region and began the establishment of a permanent location for the company. With continued commitment towards expanding its inventory lines, Aviation Metals completed the construction of a 40,000sf warehouse in 1982. Shortly after opening its new facility, Aviation Metals consolidated its inventory and staff to its Charlotte location.

Trepanning is a method of producing large deep holes economically from solid. The process can also be used for boring tubing where heavy stock removal is needed. A specially designed hollow tool cuts a narrow circular path in the work piece and leaves a solid core. Because all the material is not being removed, the rate of penetration by trepanning is much faster than other methods. Trepanning can produce I.D.s to 24" in diameter, lengths to 60 feet and walls to any desired thickness.

With this assurance, Aviation Metals has been quality approved and certified to the ISO9001 and the Aerospace AS9100 quality standards. Additionally, we are quality approved by many customers including Lockheed Martin, Northrop Grumman, B/E Aerospace, many large domestic and foreign airlines, and the Department of Defense. 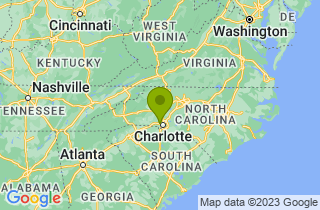