For over twenty years the cooling tower industry has relied on Dynamic Fabricators to perform at the highest levels of fabrication excellence with quality control and dependability as the cornerstone of everything we produce. Dynamic Fabricators began in the early 1990s as a fabrication shop for a well-known cooling tower company and was located in Rathdrum, Idaho. In 2001 the business was purchased by the plant manager and became an independent supplier to the entire cooling tower industry. In 2008, Amtech, LLC purchased Dynamic Fabricators merging it into their company and moving it to their corporate headquarters and manufacturing facility in Wapato, Washington. In 2013 Amtech purchased a plant in Elmore, Alabama which gave DF a manufacturing facility in the Southeast to complement the one in the Northwest.
In 2015 Amtech, LLC merged with McClarin Plastics and the newly formed company became McClarin Plastic, LLC which provided yet another fabrication facility for Dynamic in Hanover, Pennsylvania.

Dynamic Fabricators has enjoyed a successful past and looks forward to an exciting future. We manufacture fiberglass fanstacks for cooling towers, fan rings for air cooled condensers and many other miscellaneous fiberglass cooling tower components for the power and process industries. We manufacture filament wound fiberglass piping for use in cooling towers, manufacturing plant exhaust stacks, fractionation columns and mine shaft ventilation applications, just to name a few. In addition, we fabricate PVC lateral piping for use in cooling tower distribution systems. We have also developed an ever-increasing custom sales department to handle a variety of custom fiberglass manufacturing components for various applications.

Helmet Hardtops® are structurally robust and can withstand a (simulated) snow load of 40 pounds per square foot (lb./ft2) and a personnel load of 660 pounds static over 2ft without sustaining any physical degradation. The Helmet Hardtops® roof is impact resistant and can withstand a blow from a 30.0 pound steel cylinder with hemispherical end dropped from 30 inches above the surface without structural damage. During qualification testing on Legacy Variants static compression tests were carried out with the objective of determining what force was necessary to cause the product to buckle during swing lift operation. Government test engineers ratcheted the load up to 32,000 pounds of static pressure with no deformity or degradation of the product. This was 5,000 pounds in excess of the test requirement.

Each variant of the HHT product line is designed to complement the cab, cargo bed, or trailer bed providing environmental protection and security. Amtech’s customer driven requests have resulted in many variants and patents (some pending). However, the various subtle modifications do not significantly alter the nongovernmental function, essential physical characteristics of the item or change the purpose of a process there are hundreds of HMMWV’s and light tactical trailers arriving monthly in the commercial market and Amtech is positioned to provide all of our models and accessories to this growing market. Some customers may not require the bells and whistles that others do but using (or not using) them would certainly not alter or affect the function or purpose. 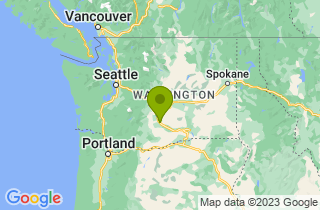