In the center of the lid's top surface is a conventional pentagon nut, attached to a course pitch, left-handed thread bolt, which extends out of the lower side of the lid. Threaded onto this bolt is a follower block, which is connected to three sets of pivotal arms which extend radially outward, such that rotation of the pentagon nut causes the follower block to descend on its bolt, and the pivotal arms to rise at their outermost extension, thus making contact with the lower rim of the lid seat of the valve box, thus affectuating locking.

AMPro products are designed with utility managers and crews in mind. Managers are assured that all valves are accessible. Crews have sealing lids that are simple to install and remove and work effectively. Trained and experienced crews can be employed in exercising critical valves rather than cleaning valve boxes! Utilities using AMPro products estimate a payback of 8 to 17 months. And all AMPro products carry a ten-year replacement warranty!

Around the perimeter of the cylinder and in close proximity to the top disc is an elastomeric seal, which is designed to span the gap between the lid and valve box, thereby preventing the passage of dirt, debris, and insects. 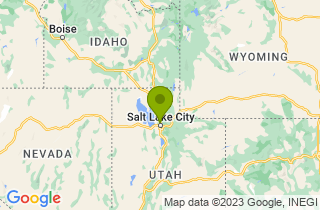